On February 16th of this year, Secretary of State John Kerry spoke in Jakarta, Indonesia, and issued a dire warning about the security risks posed by anthropogenic climate change (aka “global warming”). In his remarks, Sec. Kerry referred to climate change as a threat to national and international security on par with terrorism and weapons of mass destruction. For those remarks, he received swift and abundant political criticism.

Six weeks later, the IPCC released its updated report, “Climate Change 2014: Impacts, Adaptation, and Vulnerability,” which states, in no uncertain terms, that climate change is already occurring and that the world is not prepared to effectively deal with the impacts . 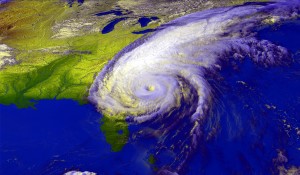 Despite the scientific consensus on the causes and the physical, economic, and societal consequences of climate change — further reinforced by the latest IPCC report — climate change remains a strongly politicized issue in the US, with large portions of the American public and their elected officials flat out denying that human activity is causing the Earth’s climate to shift in dangerous ways. The political response was not surprising.

What might be surprising to many people, however, is where the criticism over Mr. Kerry’s remarks and the latest IPCC report did not come from. It did not come from the US military – an organization intimately familiar with the sort of national and international security issues to which Sec. Kerry compared the threat from anthropogenic climate change (ACC). The reason for this lack of criticism is simple: John Kerry and the latest IPCC report did not say anything that the US military didn’t already know. For almost as long as politicians have been debating the reality of climate change, military leaders have been studying and preparing to deal with its consequences. The same is true for a growing but still grossly inadequate number of national and international business and industry leaders. 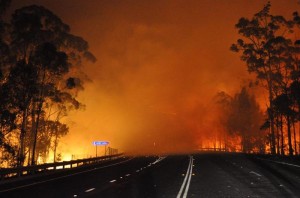 That is perhaps a bit surprising. The leaders in climate change adaptation and response are not the elected officials shouting so loudly in Washington DC, but rather the US military and a number of businesses that have been quietly but steadily making preparations for years. The fact that both of these communities – military and business – are traditionally considered quite conservative points to the fact that climate change is not fundamentally a political issue – it is not an argument about opinion, because decades of climate science have firmly established the basic facts. It is instead a practical issue, one that places in sharp relief the realization that, despite our tremendous technology, we human beings are still critically dependent on the weather and climate in which we live.

As far back as 2003 (and likely even earlier), the Department of Defense was considering the security implications of and adaptation strategies for anthropogenic climate change, including both abrupt and gradual change scenarios. The adaptation and mitigation strategies being considered and implemented include not only plans and contingencies for dealing with the political upheaval, famine, water shortages, mass refugee movements, and natural disasters that are expected to be induced by climate change but also plans for reducing the military’s non-renewable resource usage and greenhouse gas emissions. 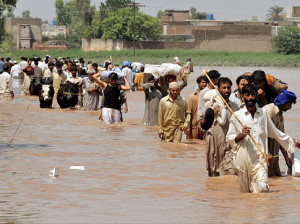 While some uncertainty remains in the details of climate change impacts, the basic impacts like increases in extreme temperature and precipitation events, ecosystem shifts, disruptions to food production and water supply, and rising sea levels are well understood and known with high confidence. The uncertainty in the details can pose substantial challenges for effective adaptation planning, though. When you don’t know exactly how much, exactly when, and exactly where the impacts will be felt, estimation and bet-hedging are inevitable and necessary. Planning for the absolute worst is expensive and may not be necessary in the end, but simply hoping for the best could lead to a disaster of under-preparedness. 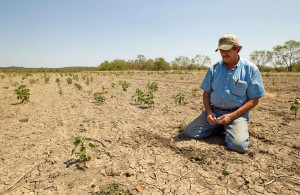 Of course, if we wait until all of the details become crystal clear and well constrained, it will be too late and far too expensive to effectively adapt. So smart players hedge their bets. They study their exposure and vulnerability to known and likely climate change impacts. They assess their risk. And they take action.

Along the coast, we buy and keep plywood in our garages and stocks of canned food in our pantries for hurricane season, even though most of us won’t see more than a bit of tropical rain in any given season (and will end up eating lots of canned food to clear shelf space come October and November). In the Midwest, we build basements and safe-rooms to shelter us from tornadoes, even though most of us will never be hit by a twister. We buy insurance, and commodities futures, and keep money in the bank “just in case”.

We do this not because we’re certain that we’ll win the bet, but because it would be so much worse to lose the bet without hedging, without preparing. We seek security and resilience by acknowledging and adapting to risk. 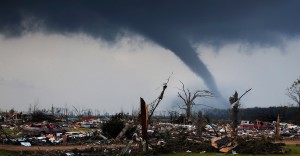 So when the Department of Defense, Coca Cola, Levi Straus, Swiss Re, and other major players start creating and enacting climate change adaptation and mitigation plans, it’s time for the rest of us to take notice.

Climate change is real, it’s already happening, and it’s almost certainly going to get worse. How much worse is the trillion-dollar question and is largely within our control, should we choose to exercise it. We (as a species, as a collection of nations and communities) can choose how we adapt to the warming that’s already built into our climate system due to the past 150 years of industrial emissions, and we can choose how and by how much we reduce our greenhouse gas emissions to mitigate future climatic changes.

Despite the political overtones that stubbornly persist in the US, climate change is not a fundamentally political issue, and we treat it as such only at our peril. It is a practical, economic, and human issue for which pro-active planning, adaptation, and mitigation are the only reasonable responses. Ignoring climate change or denying it only amplifies the challenges that we face.

The first step toward building climate change resiliency is understanding the risks. Blue Skies Meteorological Services can help businesses identify their exposure and vulnerability to climate change impacts so that risks can be effectively targeted and reduced while resiliency is simultaneously built into operations.