Blue Skies Meteorological Services > Climate > Carbon Dioxide at 400 ppm: What Does It Mean?

Carbon Dioxide at 400 ppm: What Does It Mean? 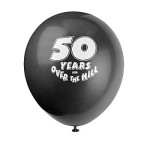 What does a birthday mean? A major birthday – the type that warrants a card declaring your exact new age, possibly by spelling it out in macabre black balloons – what does it mean? Why do we care?

It’s not like you wake up on the morning of your birthday feeling dramatically older than when you went to bed. A decade’s worth of wrinkles don’t suddenly appear on your face. Yet you are older, and on your birthday, you are acutely aware of that fact.

A major birthday reminds you that life is short and you don’t have forever to act. It reminds you of all you’ve done and all you have left to do. Then it starts playing the Final Jeopardy countdown music in your ear. Time is ticking. Better get busy.

Reaching a global average carbon dioxide (CO2) concentration of 400 ppm is that type of milestone, and we passed it in March. To put 400 ppm in perspective, consider that maximum pre-industrial CO2 levels were 280 ppm and that 350 ppm is widely considered the upper limit to avoid truly dramatic climate change. Consider that CO2 levels haven’t been as high as 400 ppm in several million years, when the world was much hotter and the oceans much higher than they are today.

Yet, besides the climate scientists who marked the passing of 400 ppm with a mixture of dismay, anger, and sad resignation, few others seem to have noticed (well, besides the United States military who consider climate change a national security risk and key business and insurance leaders who are already taking action to adapt). Nationally and internationally, we’re certainly not getting busy.

It’s as if we believe that if we don’t acknowledge what’s happening, it won’t happen. As if staying in bed with your eyes closed on your birthday somehow stays the hands of time.

But time doesn’t stand still just because we avoid clocks and mirrors – just as CO2 concentrations continue to increase whether we acknowledge it broadly and publicly or not. Of course, the critical difference between the inexorable forward march of time and the increasing concentration of greenhouse gases in Earth’s atmosphere is that we can actually do something about greenhouse gas concentrations.

We very likely can’t undo what we’ve already done (the technology just doesn’t exist to capture and indefinitely store vast quantities of atmospheric CO2). But we can slow down and eventually stop emitting new greenhouse gases, if only we muster the foresight to recognize and the willpower to address a large, costly, complex, global problem that will only get larger, more costly, and more complex with each year of procrastinated action.

Failing to even acknowledge the passage of the 400 ppm milestone doesn’t bode well, though.

So what does 400 ppm mean? What is this new world we’ve created for ourselves and our progeny?

Well, for one thing, 400 ppm means we’ve committed to major climate change – to what we’re already experiencing and more. The average residence time of carbon dioxide in Earth’s atmosphere is hundreds to thousands of years, so even if we stopped emitting CO2 tomorrow, our climate would continue to warm toward a 400 ppm equilibrium.

Of course, we can’t put the brakes on instantaneously. If you’re traveling 100 mph down the highway and slam on the breaks, you keep traveling forward as you slow to a stop. A shift to renewable energy and carbon-neutral fuels, like stopping a speeding car, takes time, and the concentration of CO2 in the atmosphere will continue to increase during that shift.

Right now, though, we’re mashing on the accelerator rather than the brakes. With the exception of 1990-2000, each decade has seen an increase in the rate of CO2 emissions. Not only are we continuing to emit carbon dioxide – we’re emitting it faster and faster each year. If we continue along our current trajectory, we’re on pace for greater than 3° C warming, and that’s just the increase in average temperature. Extremes in both temperature and precipitation tend to increase more dramatically than their respective averages.

Such climatic changes would decrease crop yields and alter agricultural zones, decrease water availability while simultaneously increasing demand, inundate coastal areas with rising seas, extend the season and range of numerous pests and insect-borne diseases, increase heat stress and heat-related illness, and increase the frequency and intensity of flooding rainfall, among many other impacts.

400 ppm means that aspects of our environment that have been our touchstones for thousands of years – food and water availability, weather and climate – will shift in unprecedented ways. The ideal locations for cities, farmland, roads, factories, homes, and military assets will modify. Processes and procedures that have been reliable will become uncertain.

In short: the assumptions upon which we have built our societies may cease to be valid.

Although some progress toward mitigation (emissions reduction) and adaptation has been made on the local level both domestically and internationally, the sort of global-scale agreement and action required to alter our current emissions trajectory remains elusive. Emissions will therefore continue to rise, and the climate will continue to shift. Governments, industries, and individuals will be increasingly impacted by a variable and changing climate, and given the lack of coordinated effort to date, the unfortunate reality is that we must prepare to protect our own interests, assets, and welfare.

Businesses and insurers looking to take the long view of their investments, infrastructure, supply chains, and insured properties need to be aware of climatic changes that impact vulnerability. Blue Skies Meteorological Services is here to help these clients understand and mitigate their climate-related risk and exposure. Contact us at info@blueskiesmeteorology.com for more information.